You are here: Home / Rules
These rules apply to the website as a whole. For the Discord and the rules which do not apply to it, see the server.
Before detailing, we must note two things: first, that any community thrives on discussion–anyone willing to abide by the below rules is welcome, regardless of whether they hold ideals which differ from those stated on our About Us page; second, that individuals under sixteen years of age are discouraged from participating in the community due to the often mature nature of the content we handle (although the final decision remains the user’s, and we will not ban anyone on the basis of age).
1. Basic Respect
2. Quality of Discussion
3. Enforcement Policy
Unfortunately, there is no convenient system that would fit all cases. However, we have set up a few categories to make our approach understandable:
Note that these rules are by no means meant to be restrictive. We value the freedom and well-being of our members above all else; moderators will always act on their best judgment, as opposed to a mechanical application of the above. The rules are better interpreted as guiding lines and recommendations, rather than a set of dogmas or axioms. As long as respect and constructive discussion remain at the core of your approach, you shouldn’t encounter any problem. To contact an admin or a mod, please see the relevant contacts on the Discord, or email us [email protected]. 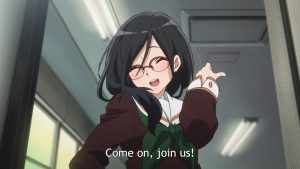